The Witcher: Nightmare of the Wolf August 23, 2021
Lady Zerbst (voice)
Escaping from poverty to become a witcher, Vesemir slays monsters for coin and glory, but when a new menace rises, he must face the demons of his past.
Info Photos Videos IMDb Official

Rebel April 8, 2021
Helen
Follows the story of a legal advocate with a blue collar background, who helps those in need without a law degree.
Info Photos IMDb Official
The Galactica Network 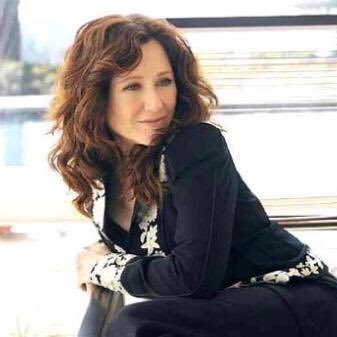 Let’s talk about… what happened to Sharon Raydor (a year on).

Letâs talk aboutâ¦ what happened to Sharon Raydor (a year on).

2018 has been a pretty crazy year. I am not going to spend any time tonight talking about politics, the downfall of economy, the abysmal disdain towards human rights of the current President of the US or bloody Brexit. No. None of that. I want to focus my attention on something that has been bothering me now for a whole year.

On this day exactly, a year ago, we said goodbye to Commander Sharon Raydor. Many people have asked me how I could be so upset about the death of a fictional character, how I could be so invested in a crime show and its characters when I am a young woman of 25 with a pretty demanding job. I always look these people dead in the eyes and say two things: 1)itâs none of your business and 2) itâs something that brings me joy, just like reading a book and as for feeling things so deeply, watching TV is a way of coping, of feeling less lonely when, like in my experience, you move to a different country an maybe, just maybe, you need an escape from your own reality.

As for Sharon OâDwyer Raydor, well, she was special and Iâm not only saying this because I think Mary McDonnell hangs the moon and the stars. Captain Raydor showed up exactly when we needed her the most, like a fairy godmother ready to bestow upon us a new pair of kickass shoes, and boy, did she kick some ass.

She taught us a lot of things. She taught us how to keep our moral compass finely attuned, to be firm in front of doubt, to question situations that just donât sit well with us and turn said situations into something that can work for us and for everybody involved. She was a beacon of hope for many young women who didnât believe they could achieve what they eventually achieved through hard work and just a sprinkle of that Sharon magic. What Nicole Flynn jokingly referred to as âThe Sharon Effectâ, became an actual thing and, from screen to real life, Sharon brought so much into our lives. She gave us all a little something we didnât know we needed and, in my own every day life, I cherish every single one of her teachings.

I had a year to really think about the whole Major Crimes ordeal and I still cannot understand how or why it happened.
I used to call myself a wannabe writer and Iâd like to think I understand the creative process and how sometimes characters go their own way, how they somehow forge their own paths and, as a creator, you have to devise something that will back control over the story. I canât fathom the amount of stress and pressure that come with running a show and, as much as I understand what goes into creating a story and keeping it going for years, I just cannot comprehend the reason why James Duff chose to end Sharonâs journey in that way and at that time.

Sharonâs death felt like a stab in the back.. It felt like a betrayal and several elements that followed were the classic âkick me while Iâm downâ stunt . There was no real explanation, no apparent logic behind Duffâs choice, aside from the many request fans made to get Sharon to explore a different reality, something that we hadnât seen her go through on the show before, such as an illness or an injury. When the show introduced the storyline that sees Sharonâs heart condition come to light, fans were both excited and terrified. I remember getting to see the wonderful actress that is Mary McDonnell give us such a skilled, raw performance as things got more and more complicated for her character. I was absolutely thrilled that I was getting to see a side of Sharon that had been missing for a while. We all love a âDarth Raydorâ moment, we all love it when Sharon is casually solving a murder while looking absolutely stunning, but the moment when Sharon is feeling sad, weak, when she looks so very human to us, were far and few in-between.

Itâs been a year and some days it still feels pretty raw. Variety described it as âstorytelling misfireâ and I cannot do anything but agree.

I donât really want to go on and on about how I cannot bring myself to enjoy James Duffâs writing any more, especially not when heâs also working on the new Star Trek (I have the utmost faith in the wonderful head writer Kirsten Beyer, who is the great mind behind my favourite Star Trek novels, to reel him in). I donât want to complain him about him after today. I want to get over it. Iâm only going to say one more thing. Sharon Raydorâs death didnât hold any weight, it felt pointless, a mere storytelling tool to propel Rustyâs storyline into the direction that James Duff intended. We were all pretty aware of how deep the connection between Duff and Rusty was and, with Sharon out of the way, the Rusty show was back in full force. Some fans never watched the last handful of episodes and I myself didnât catch up until the day before the finale. The end of the show was underwhelming. It felt like different pieces of the puzzle didnât really fit together, but were cut and taped to fit an idea, a path that Duff had in his head all along, but that the characters werenât really headed towards until he changed the rules of the game.

Then Credits Gate happened: Mary McDonnellâs name was taken off the showâs credits. I did my research and itâs apparently something that has been done occasionally in the past after a character had been written off a show, but it never really happened with a lead character. To everyone on this side of the small screen, it was just crass, disrespectful, something that you just do not do, not when Mary McDonnell and Sharon Raydor both carried the weight of the show on their shoulders for seven years. It is just wrong and petty.

Fans began changing their profile picture to screenshots of Maryâs credit title. All over twitter fans were mourning, protesting and supporting each other. I met so many wonderful women around that time and I cherish their friendship to this day.

Mary McDonnell changed her icon too and released anÂ open letterÂ to the fans. It was a soothing balm on still raw wounds, but it helped. The fact that she has been going to conventions and has been so open about the whole experience, is incredible. It felt so reinvigorating to hear her opinion and see how she herself struggled with some of the choices that were made, especially when the fansâ grief and disappointment was completely ignored by the showâs creator.

I remember being at her Fedcon panel, just a few months after the end of Major Crimes. I was sitting with old and new friends, we all had so much in common. We had all grieved over the same person, we had all been feeling betrayed and disappointed and there she was, up on that stage, telling us how important Sharon had been to her, how she had taken to heart our reaction, our grief. We finally felt understood. We could see how emotional she was talking about it and we all felt the same. It was only after that trip to Germany that I had the strength to go back and watch old episodes of a show that I had loved for years. Last month in Birmingham, we all spoke about Sharon, we all laughed about the old times, we embraced how much we had moved on since last December, but we also talked about how it still hurts. I donât think we will ever get over it completely, but we are moving on.

The impact that Sharon Raydor had on me is not something that I can really put into words, but I think whoever reads this will get it. Last summer, I worked on a little book project with my friend Claudia. We created a booklet in the style of âBedtime Stories For Rebel Girlsâ, but this time, the influential women whose stories we were telling, were fictional characters that Mary McDonnell brought to life. We wrote about some of the strong formidable women she has played in her career and Sharon Raydor was one of them. Her moral fortitude, her strength, her courage and her passion are something to admire. She was a wonderful mother, a loving and trustworthy friend and a forgiving girlfriend. She was a skilled leader, a hard to crack Captain, a Commander that wanted to see wrongdoers brought to justice. She was a woman and she was a little bit of everything we all aim to be in our daily life.

Iâll only say one more thing and Iâll never get tired of repeating this: We need more complex female characters on our televisions and in our books. We need women who are tough, who are emotional, who are everything in between, above and beyond.

The Witcher: Nightmare of the Wolf August 23, 2021
Lady Zerbst (voice)
Escaping from poverty to become a witcher, Vesemir slays monsters for coin and glory, but when a new menace rises, he must face the demons of his past.
Info Photos Videos IMDb Official

Rebel April 8, 2021
Helen
Follows the story of a legal advocate with a blue collar background, who helps those in need without a law degree.
Info Photos IMDb Official
The Galactica Network