Welcome to Mary McDonnell Vault, your online resource dedicated to actress Mary McDonnell. You better know Mary for her role as Captain Sharon Raydor for the TNT crime series The Closer & Major Crimes. But she also did others like Battlestar Galactica, Independence Day, Donnie Darko, Dances with Wolves, Sneakers and many others. Site is comprehensive of a big photogallery with events, photoshoots, magazines, stills, a media archive dedicated to all fans fanarts on Mary, an extensive press library to collect all the articles and interviews on her and a video gallery section for recorded interviews, sneak peeks and trailers of her projects. We claim no rights to know her personally and it’s absolutely respectful of her privacy and paparazzi-free!!! 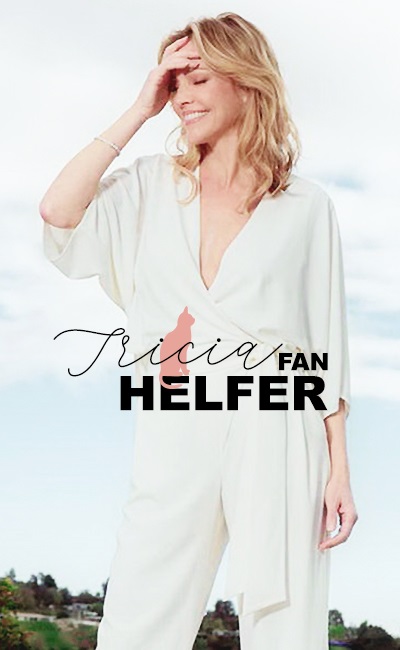 Sharon Raydor was a thorn in the side of the Major Crimes squad on âThe Closer.â Sheâs still a thorn in the squadâs side now â she just happens to be their boss too.

Last weekâs debut of âMajor Crimes,â which spun off from âThe Closerâ to big ratings, saw Raydor (Mary McDonnell) take charge of the squad after the departure of Brenda Leigh Johnson (Kyra Sedgwick). Raydor is well aware that sheâs not particularly liked or trusted, McDonnell says, but is rolling with it.

âAs she becomes an insider as opposed to an outsider, that mistrust doesnât just dissipate â because that means we would have to have a completely different person there, and there wouldnât have been that history,â McDonnell tells Zap2it. âSo whatâs interesting about it for me â one of the many things thatâs interesting â [is] working with that mistrust from the inside, and seeing where that can take us and what we have to do. I feel like itâs very reflective of what a lot of people go throughâ when they either change jobs or get new bosses. âThere are always these adjustments that are difficult to make, so I sort of love that we see this happening inside this Major Crimes division.â

Zap2it also talked with McDonnell about the transition from one show to the other and what viewers can expect this season.

Zap2it: When you signed on to The Closer, what was the initial pitch? Did you have any idea the character would grow the way it has?
Mary McDonnell: No, not at all. They were very lovely, and it sort of happened in a wonderful way. It started off as a conversation between Kyra and I at an Emmy event, and then spread out from there. [Creator] James Duff was a big âBattlestar Galacticaâ admirer, and I was doing that at the time. It sort of came about. It was presented to me as a three-episode arc. I wanted to come in and do it because I wanted to work with all of them, and I thought it would be fun to really play a flat-out antagonist.

Thatâs something you havenât done a lot in your career.
No, I really havenât. It was really great to be challenged that way, and then to sort of, eventually, get very comfortable in it. And now I canât be anymore [laughs].

What adjustments does Raydor have to make as the leader of Major Crimes?
Hereâs the difference. Before, when she was in the room, the idea that she was separate from them and watching them separately was perfectly fine. The internal affairs cop does not want to be close to or work closely with the cops. She wants to keep an eye on them. Inside the Major Crimes division, it is absolutely essential that I am working with them, that I am understanding them, that I am â¦ enlisting their very best in whatever situation. Learning how to lead this particular group of people who donât really trust her has been a great lesson for her â a great lesson in sort of listening and watching them in a completely different way. And also, a thing that Iâve discovered about her is that sheâs very mature in the way she understands human behavior.

Do you feel like she has any allies on the squad starting out?
No, I donât think she has any allies starting out [laughs], but I donât think she expects to have any, nor does she particularly need any until she does. In other words, she knows how she sits with this particular group of people. She understands it. Itâs not a mystery to her, but sheâs still gotta get the job done. The place where not having allies would cost would be if it got in the way of solving a crime, and then it would be ridiculous. Do you know what Iâm saying? And thatâs kind of her point of view. Whatever she has to do there, allies or no allies, she will do her very best to serve the justice system. She has very strong commitments and understands the broad view.

One of the interesting things about the first episode was the notion of working toward deals, rather than confessions like on âThe Closer.â How does that play out over the season?
What it really means is that getting the confessions isnât enough in this particular day and age. It brings up some very serious questions about the death penalty and the cost thereof. â¦ So the idea that one style of completing a particular investigation has to change, dictated by the economy â thatâs a tough thing to wrap your brain around or a tough thing to want to accept.

Something about her background, her nature, her ability to see broadly and understand a great deal about the justice system allows for this to begin to occur inside the show. She brings a great knowledge of how to work inside all that complexity. â¦ But also what Iâve found with her is sheâs a really good cop, and thatâs something we start to see as the season evolves. We would like to pigeonhole her into being sort of the bureaucratic position, but she surprises us.

We also see a bit of her personal life through Rusty. How will she handle that?
The division has a legal responsibility to take care of this young man, and because he doesnât seem to be able to suit himself to any of the foster care situations heâs in, she has to handle it. What evolves out of that is something thatâs very, very interesting, because Sharon Raydor has been a mother, has a very strong instinct as a parent. So, we get to see who she really is, or another aspect of who she is through that situation with Rusty.

Are there particular episodes or stories people should look forward to?
I think that some of our location shooting over the course of this term were really fascinating. The introduction of the new characters that we donât know very well â you already know Rusty, but thereâs some other newness onboard, and watching some of these detectives that youâve known for a long time reveal more about themselves. I think itâs really delightful and gratifying for âThe Closerâ fans, but I also think it stands on its own. People can tune in â¦ and start watching Major Crimes as its own event. It just completely does stand on its own.

How would you say that âMajor Crimesâ sets itself apart from âThe Closerâ?
I think there are a couple of things. One is that if you just look at the title. âThe Closerâ was really centered around one [character] or focused truly around one personâs gifts. Brenda Leigh Johnson had gifts of eliciting confessions from the perpetrator, and that was the keynote of the show every week. âMajor Crimesâ is really about this division. â¦ We are really looking at how all the different characters really contribute to solving a crime. We are looking at extensions of this character, that character â this one takes this one this way, and that one goes that way. And weâre working more closely with the DAâs office.

So already we have more of an ensemble situation of storytelling than we had before. I think weâve evolved and even the rhythms, James Duffâs rhythms as a writer have changed over the course of 10 episodes. We have a show that has the same kind of heart and the same kind of quirky sense of humor because it is James writing it, but I think at times there seems to be a different kind of edge to the drama, and there seems to be a different kind of look to the department. â¦ Iâm not really sure yet because I havenât been external enough to analyze it because we just finished shooting it. But I do know it has evolved abs
olutely into its own rhythms and a very new show even though we do recognize all the people and recognize the place.